A natural diamond nestled in the mountains of Piemonte

The largest protected natural area of ​​Piemonte is able to meet all your requests, from the relaxing holiday to the thrill of extreme sports in every season.

In the territory of the park are included the high Valle Gesso, the high Palanfrè's Valle Grande (Valle Vermenagna) and the Valloni of Valletta and of Reduc in Valle Stura of Demonte, and the municipalities whose territory is partially or entirely within the scope of Park are: Aisone, Entracque, Valdieri and Vernante, for a total of approximately 28,000 hectares.
One of the peculiarities of this great park is sharing part of the perimeter with another great French Park, the Mercantour with which the PNAM long collaborated in a series of projects, and with which it is twinned since 1987.
The collaboration between the two organizations is an important development factor for the study and implementation of a common policy of protection and development of the entire territory.

The Alpi Marittime, first and southernmost sector of the chain are 24 peaks over 3,000 meters.
The highest, with 3297 meters of the South Summit, is the Serra of Argentera, located less than 50 kilometers from the beaches of Costa Azzurra.

On less sunny slopes of these mountains are some remains of the great glaciers that covered the Alps during glacial periods. Originating in that time are about 300 lakes in the high valleys, deep blue, and some species of plants and animals typical of cold climates.

Despite the proximity to the sea, the mountains of the Marittime have the taste of the "real mountain" because of their nature wild and rugged and conquer anyone approaching: for it's hard climbing routes in the Horn Stella or a relaxing walk to the Piano of Valasco; for a trip on skis, in the middle of winter, to the Rocca of Orel, or for a day out of the hundreds of lakes that dot the Valle Gesso. 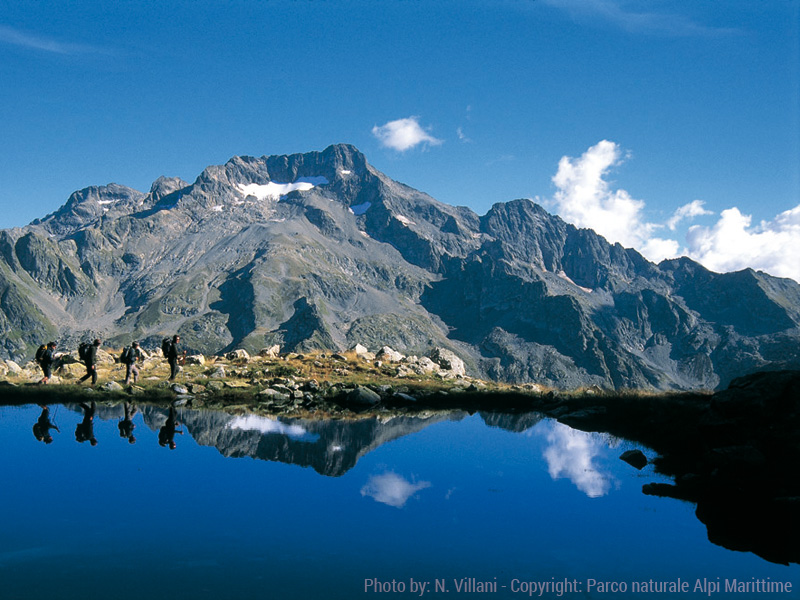 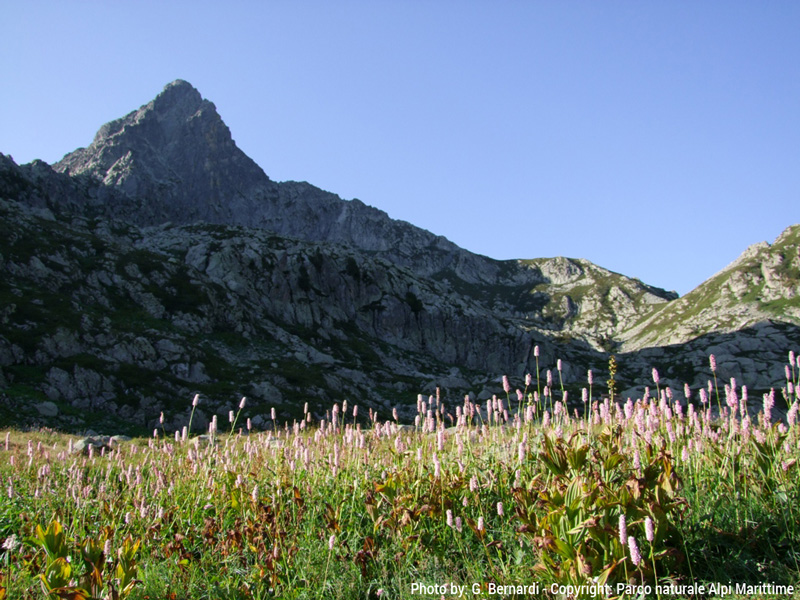 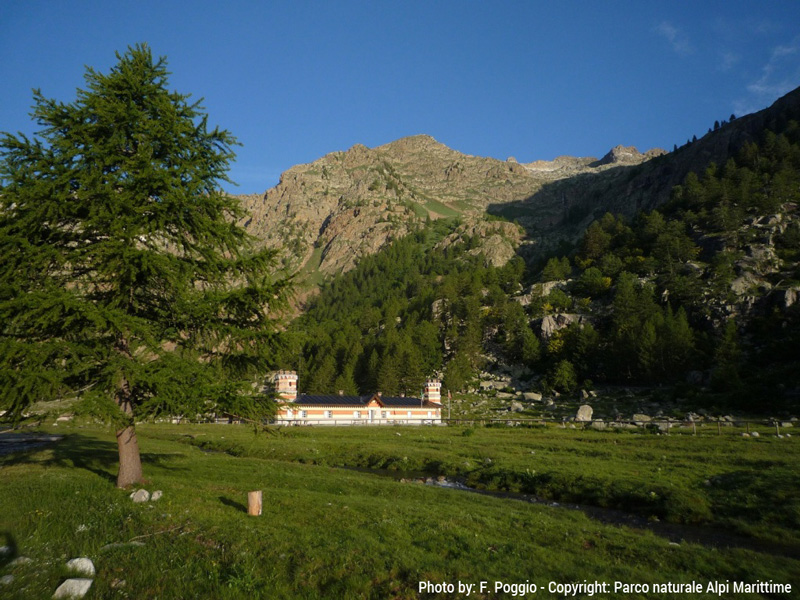 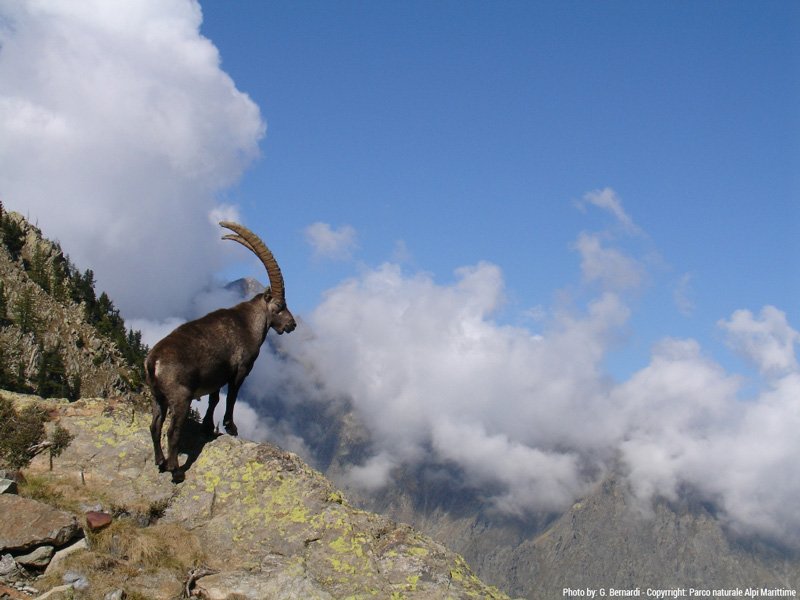 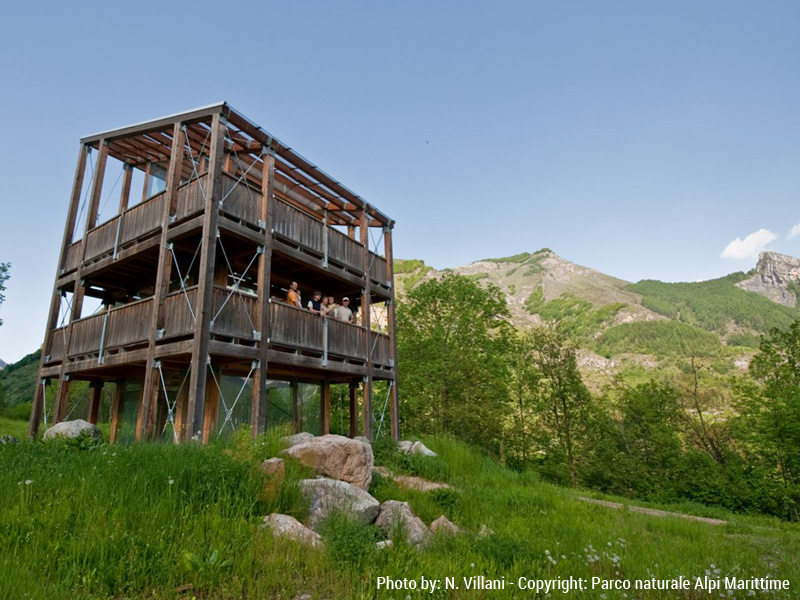 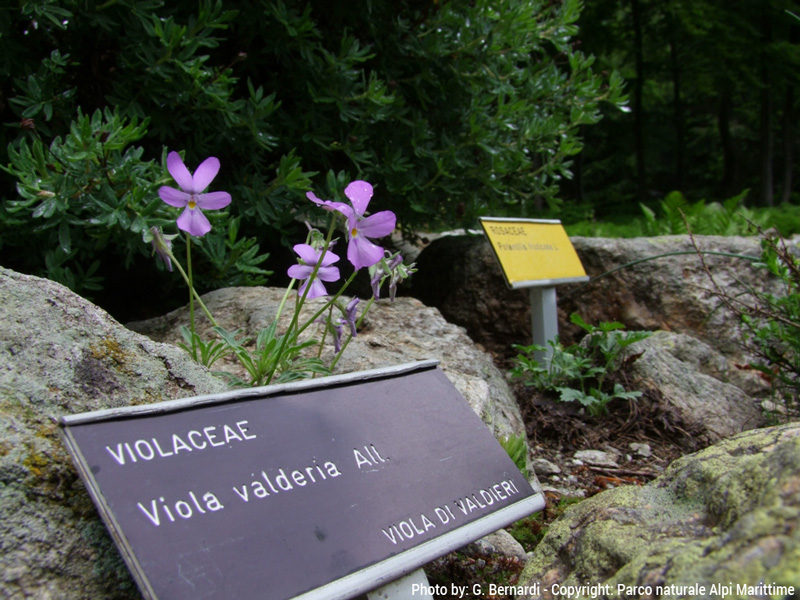 What to see in the park

The lakes and glaciers
Over eighty lakes, some embedded in the rocks, lapped by other grasslands, characterize the landscape of high altitude of the Park. Each of these bodies of water that reflects the surrounding peaks, has its own charm, its own peculiarities in shape, size, color.
The glaciers in the Maritime Alps, which during the Ice Ages played a key role in shaping the territory and who today risk for changes in the climate of disappearing, are referred to as the most southern alpine.

The flora of the Park
The area of the Maritime Alps is famous worldwide for its botanical richness.
Overall, it is estimated the presence of 2,600 species, assets amounting to almost half of the entire peninsula. The family of Orchideacee, for example, which includes some of the most spectacular flowers that are found in nature, only in the territory of the Park can count on forty of the eighty orchid species surveyed in Italy.
You can find more information about it on the site of park.

The fauna of the Park
Few protected areas can boast a wealth of wildlife such as the Natural Park of the Maritime Alps. Chamois, ibex and other ungulates, such as deer or wild boar, they are readily observed in the park, given their wide dissemination. During summer it is also possible to observe the presence of wild sheep, from the nearby Mercantour Park.
Even the bird population is extremely diverse and representative of nearly all the typical species of the Western Alps, the black grouse, grouse, the golden eagle . Other birds of prey are present in the area such as the bearded vulture, reappeared thanks to a reintroduction project in the territory.
More information here.

Hiking in the Park
There are dozens and dozens of kilometers of military roads, mule tracks and trails that date back to the valleys of the Park.
Many mule paths now "classic" of hiking, were built to reach the hunting tax, where the king and his entourage lurked waiting for the appearance of chamois, pushed towards the fixed points by a host of 200-300 beaters.
Before the War Italy strengthens the mountains on the border with France. The valleys of the Maritime become a giant construction site. The ancient "salt routes", plotted for trade with the other side of the Alps and the coast of Nice, become guidelines to connect the valley with the barracks and bunkers built in the vicinity of the crossing points.
Of this tragic period there is remained the extraordinary testimony of a very extensive network of trails and military roads, paved in many stretches, banked, carved in the rock, representing an architectural gem.
The best example is undoubtedly the road that from the plan reaches Valasco, with a tunnel section, the lower lake Valscura and then continues towards Lake Portette and area Fremamorta.

The nature reserve Rocca San Giovanni - Saben
The natural value of the reserve is primarily in the richness of its vegetation in relation to the area, which includes about 450 species and between species, many endemic species, also plays a refuge for many species of birds and insects, including the colorful butterfly Papillo alexanor.
The reserve is accessible to the path rising to the Vallone Scumbes Chiot the Crava and Cima Saben. On the rest of the protected area is not allowed to access in order to protect the different animal and plant species present, many of which are rare and particularly fragile and sensitive to human disturbance.
The path that in some places is difficult, will undergo in the coming months of maintenance, in order to make it fully accessible and safe.
The road or path climbing from Valdieri to Madonna del Colletto crossing allow to observe the morphological and landscape of the Reserve. The road, traveled by car or bike, is 6 km long.