The history of Limone Piemonte is linked to the presence of the alpine pass of Colle di Tenda which allowed access to the Roya valley and the descent towards the sea. The road, used since Roman times, was for many years a source of work for the inhabitants of Limone who accompanied wayfarers and traders in the crossing of the mountain pass.

The Colle di Tenda is also the starting point for many high mountain hikes including the Rocca dell'Abisso which dominates the surrounding valleys from its 2755 metres of height.

On Colle di Tenda the border line between Italy and France is drawn and it is on the pass that the Maritime Alps conventionally end and the Ligurian Alps begin, towards which the former military road in the direction of Monesi di Triora has become a great tourist attraction with the name of Alta via del sale.

The complex of fortifications of Colle di Tenda consists of 6 forts. The main one is the fort of Colle Alto, commonly called Forte Centrale behind which a barracks was built to house the command and the troops stationed at the fort. The construction of the Forte Centrale, began in 1881, and ended in 1885. Later a 3.2 km long cableway was built to connect the fort to the lower warehouses. Subsequently the other forts of the defensive line were also completed: Forte Giaura, Forte Pernante, Forte Margheria, Forte Taburda and Forte Pepino.

In 1947 the watershed ridge was ceded to France and the remains of the forts became French. 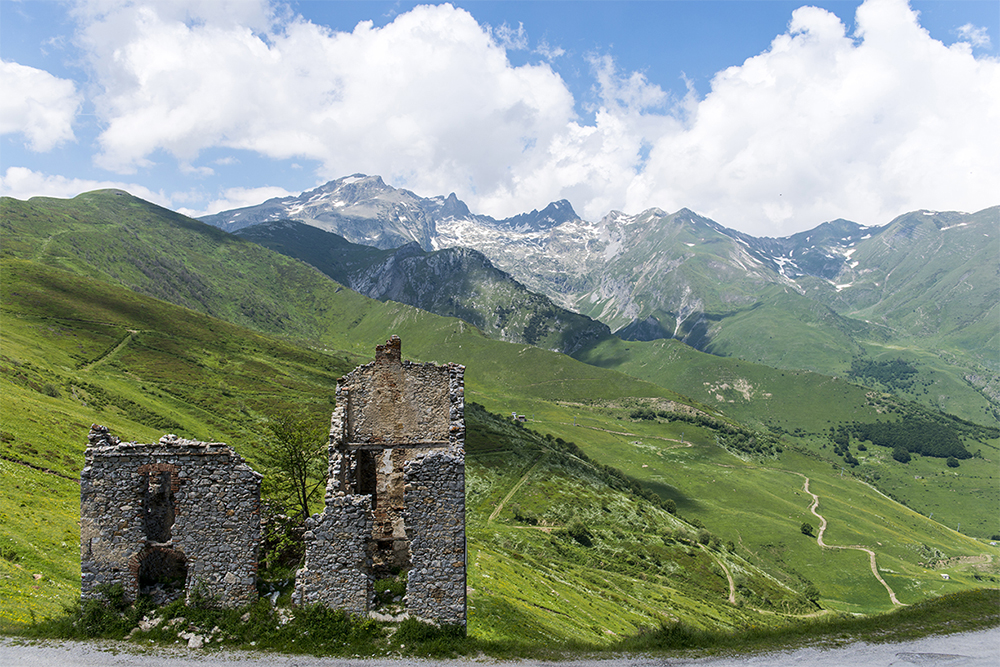 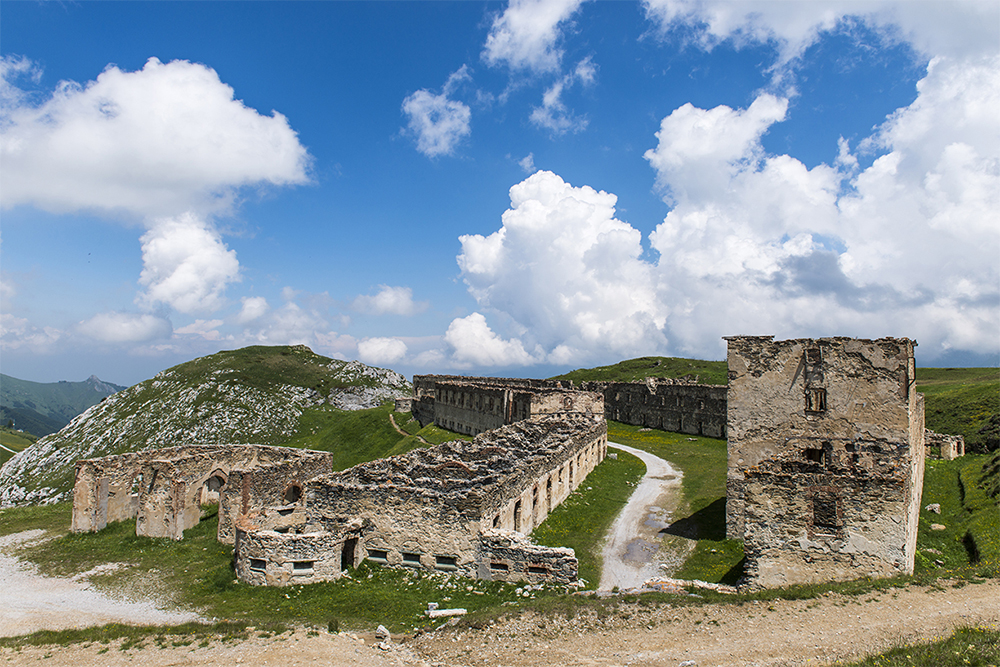 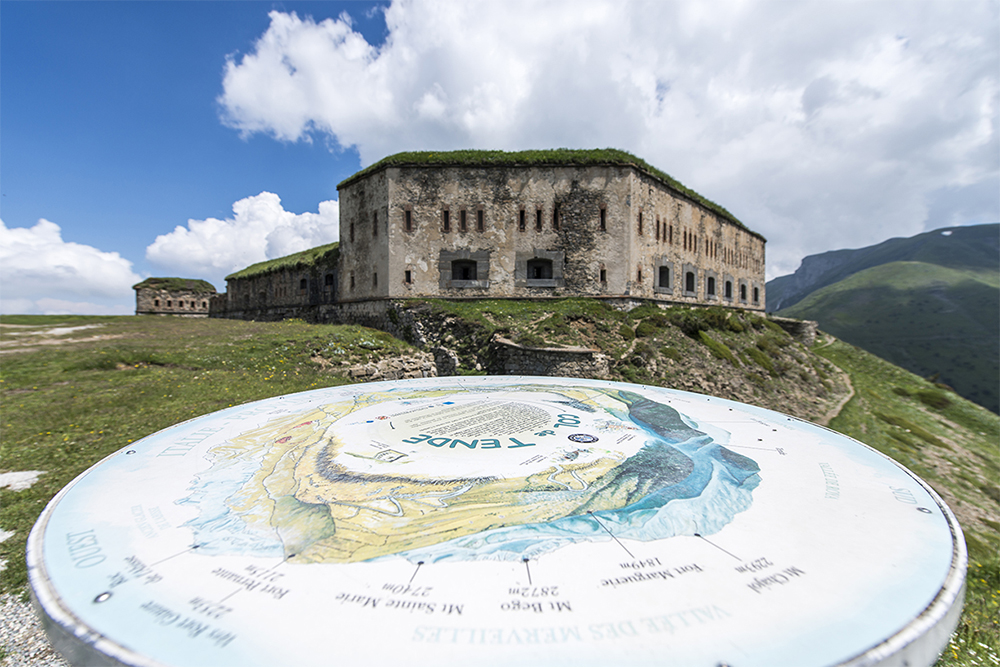 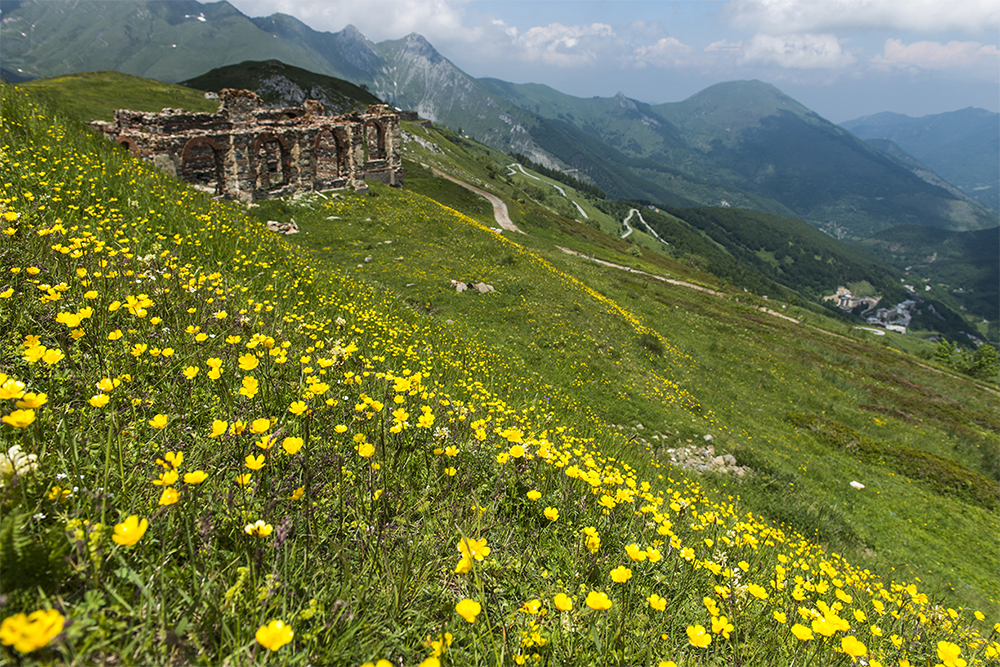 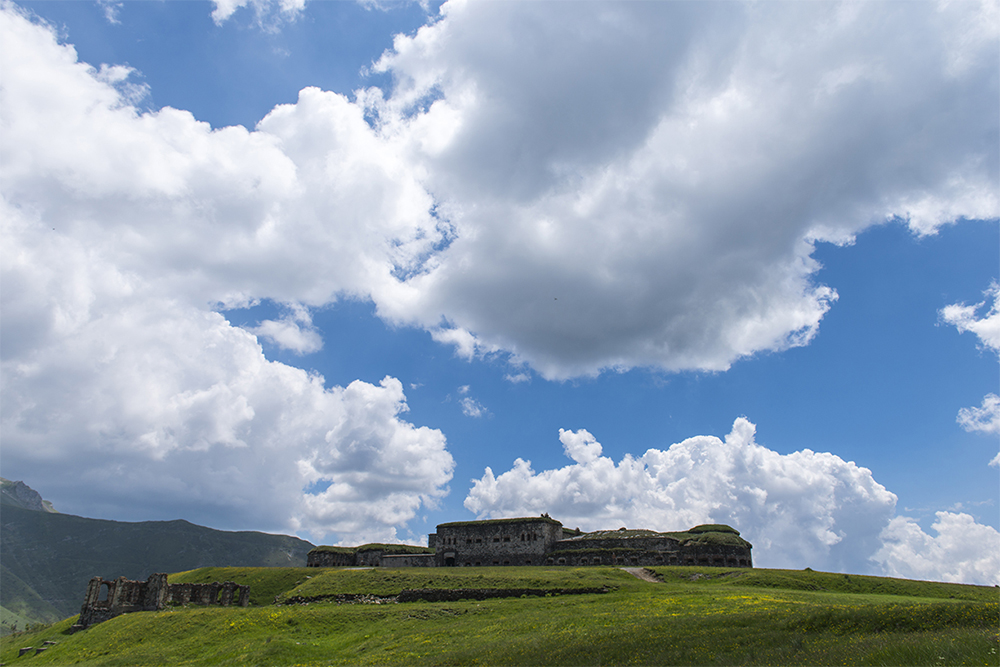 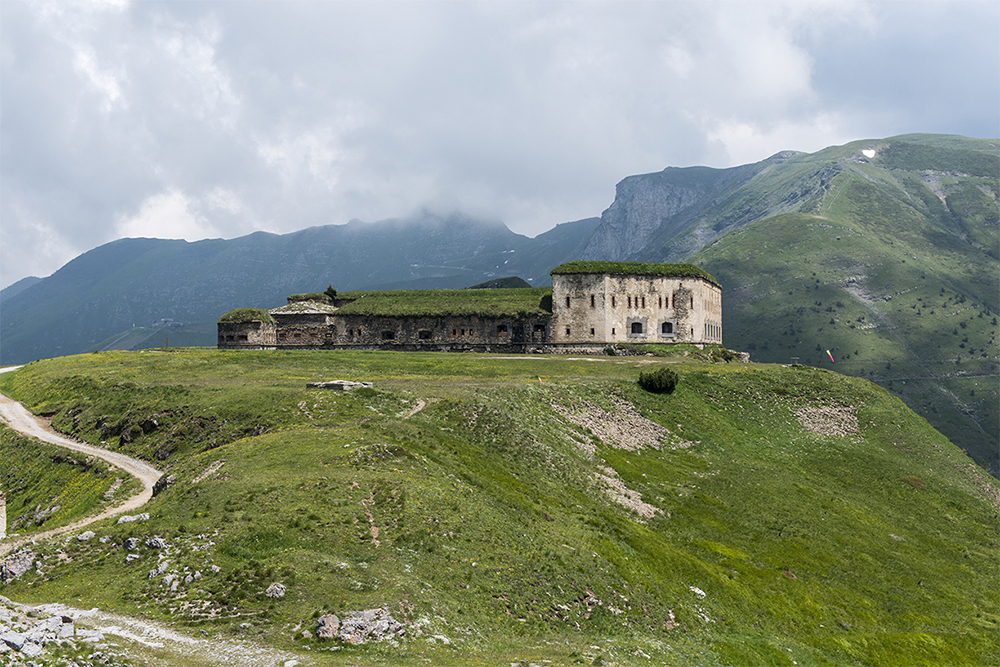